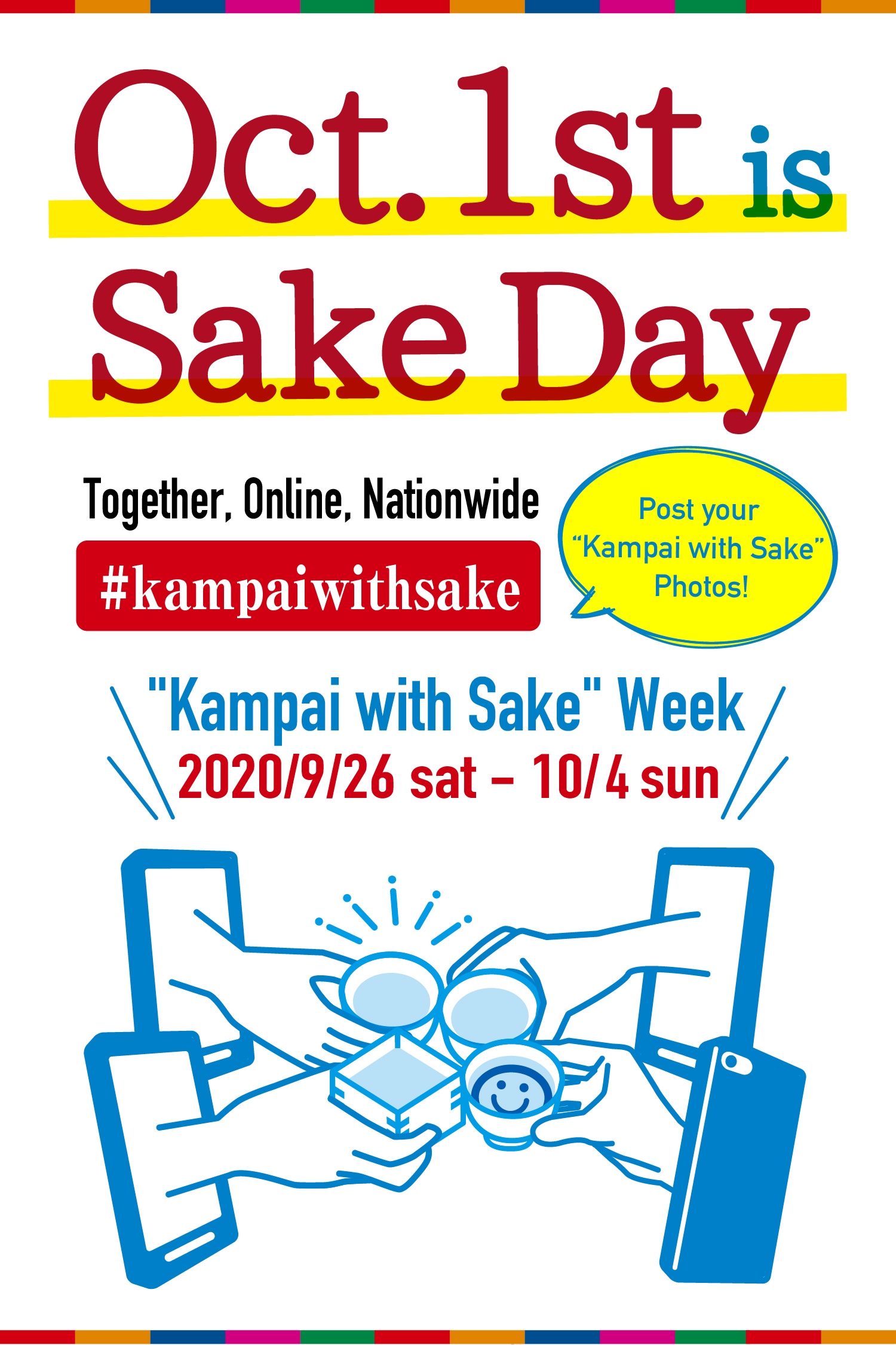 Finished. An online “#kampaiwithsake 2020”on October 1st!
Thank you for your participation.

Kampai with Sake Across Japan! 2020

Thursday, October 1st 2020 is “Sake Day”. For “Kampai with Sake’ Week”– nine days before and after (Saturday September 26th to Sunday, October 4th), we will hold a “Kampai with Sake Across Japan” event! “Kampai!” means “Cheers!” in Japanese and we want all participants to have fun doing “Kampai” with sake. This year welcomes our 6th “Kampai” event in collaboration with prefectural sake brewers’ associations, breweries, liquors stores, and restaurants from all over Japan.

An online “Kampai with Sake” will be held nationwide at 19:00 on October 1st.

We invite you to post photos of you toasting with sake, enjoying a sake event or drinking at a restaurant, or even just your drinking setup at home with hashtag “#kampaiwithsake” on Twitter or Instagram.
Also, on “Sake Day” – Thursday, October 1st, we will host a YouTube Live stream of sake entertainment where lots of people can freely join in.
We will connect your home, stores, and event venue nationwide to our event venue, and do online “Kampai with Sake Across Japan” at 19:00.

“Kampai with Sake” – With the Hope of Uniting People

Originally, sake was considered to be a sacred offering to the Gods. “Kampai ceremony has the hope that people will unite”.We hope that “Kampai with Sake” will reaffirm our cultural background to unite, pray, and give thanks in this “new lifestyle of 2020” even if we are far away each other.
Corona virus crisis has dealt a huge blow to sake breweries, restaurants, liquor stores, and others all over the country. There are still many people battling hard on the frontline. Through “Kampai with Sake Week,” we ask not only sake lovers but also those of legal age who don’t usually drink sake to join us to encourage sake, and hopefully unite by toasting together.

In Japan, the Chinese Zodiac of 12 animals, was originally used to represent the months of the year. The 10th, the “rooster”, is represented with the character 「酉」 and is read as “tori (bird)”. However, it was originally the symbol representing the shape of a jar, meaning “sake or liquor.”

October is when the new rice is harvested and when the sake making begins. Therefore, October 1st was said to be the New Year’s Day of sake brewing.

JSS has set October 1st as “Sake Day” in 1978 with the wish to impart the identity of sake, the national beverage of Japan, to future generations and to deepen the love and understanding for it.

“#kampaiwithsake” Photo posting is finished.
Thank you for your many contributions.

Post your photos of you toasting with sake, enjoying sake at an event or restaurant, or even drinking at your dining room table and add #kampaiwithsake to join in via the form on our website, Twitter, or Instagram! The act of toasting “kampai!” is an act of uniting and bringing people together. From sake lovers to amateur sake drinkers, all can come together, even from far away, with “Kampai with Sake.”

Participate in the Event

Join in a nationwide event “Kampai with Sake Across Japan”

Participate in the Event

Join in a nationwide event “Kampai with Sake Across Japan”

#kampaiwithsake” Photo is being released
(September 1st to October 4th, 2020)

The restaurant list of the Let's "Kampai with Sake" Week.
Join in the events at restaurants, and "Let's KAMPAI with Sake!"
Check out takeout and delivery. 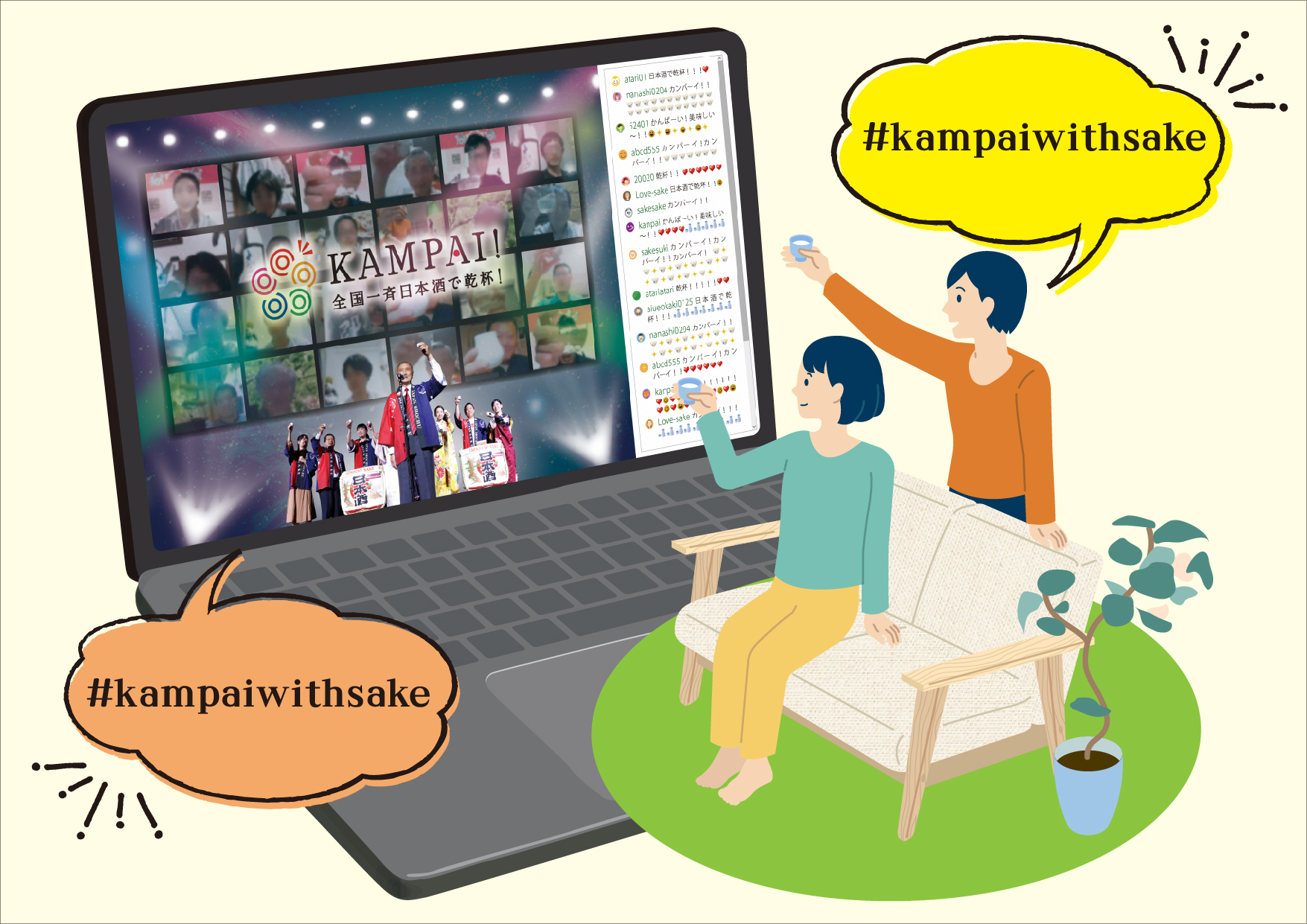 ■ According to the new normal of 2020, we will deliver a Youtube live streaming event which any one can participate from all over the world.

■ An online “#kampaiwithsake” will be held worldwide at 19:00 Japan time.

■ Your chat on You Tube Live and the posting with hashtag #kampaiwithsake on Twitter will be welcomed. We are aiming for two-way communication unique to Live distribution.

Event organizers who plan to do “Kampai with Sake” event during “Kampai with Sake Week (September 26th – October 4th)” can register the event via the form below and event information will be posted on the website. Both online and actual events may be posted.
Please read “How to Register” carefully before registering with the form linked below. 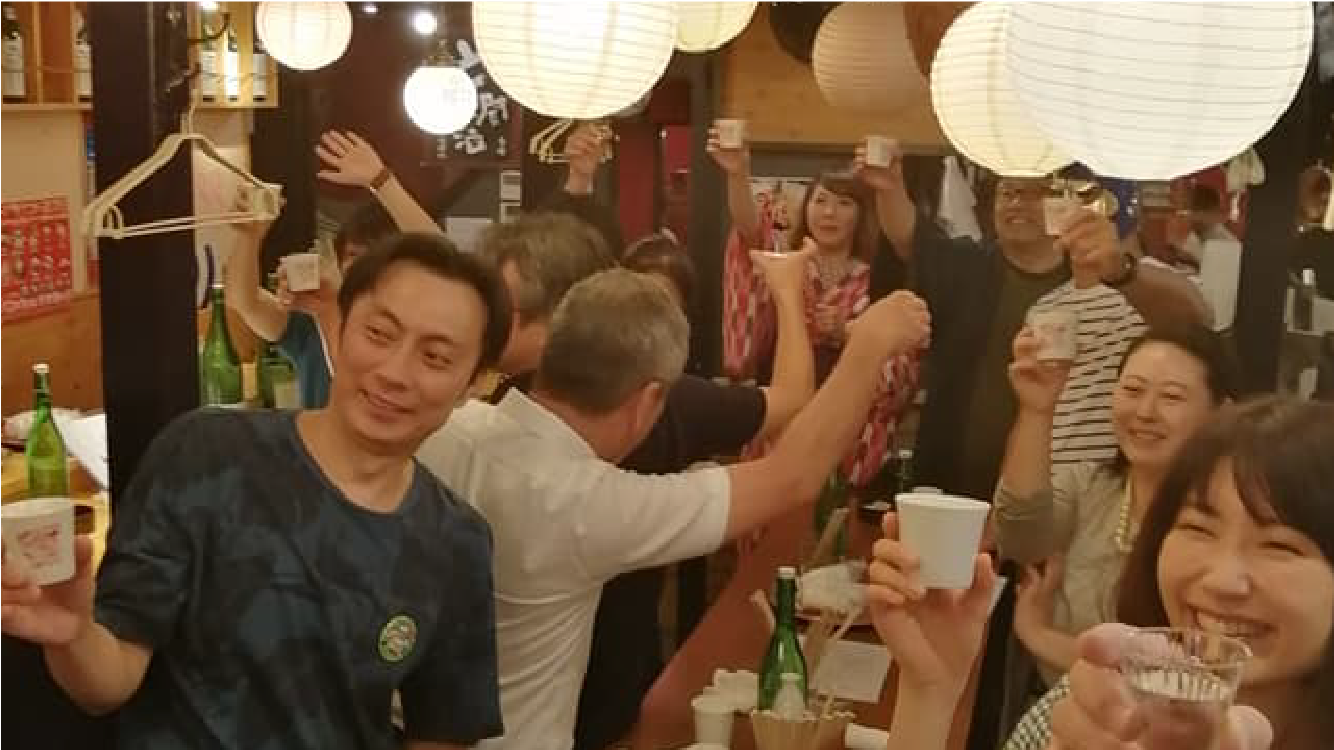 We’re looking for bars, restaurants, and liquor shops who organize Kampai event during “‘Kampai with Sake’ Week (September 26th – October 4th)” or who do a Kampai toast on “Sake Day” (October 1st) at 19:00 (7:00PM) together with our YouTube LIVE.
In order to search your shops easily, we will use the app “Save the Tables”
Please read “What’s ‘Save the Tables’?” carefully and register via the form below. Both owners and customers may register. 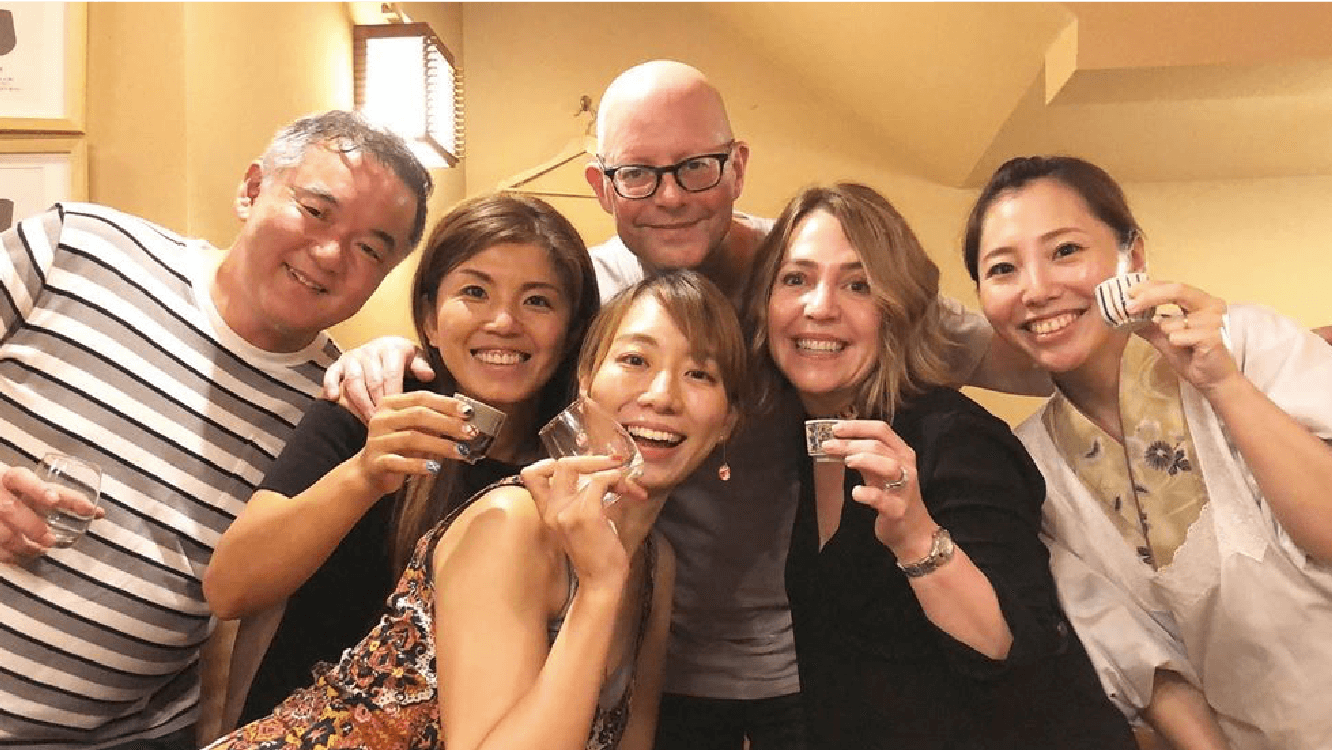 What’s “Save the Tables”? 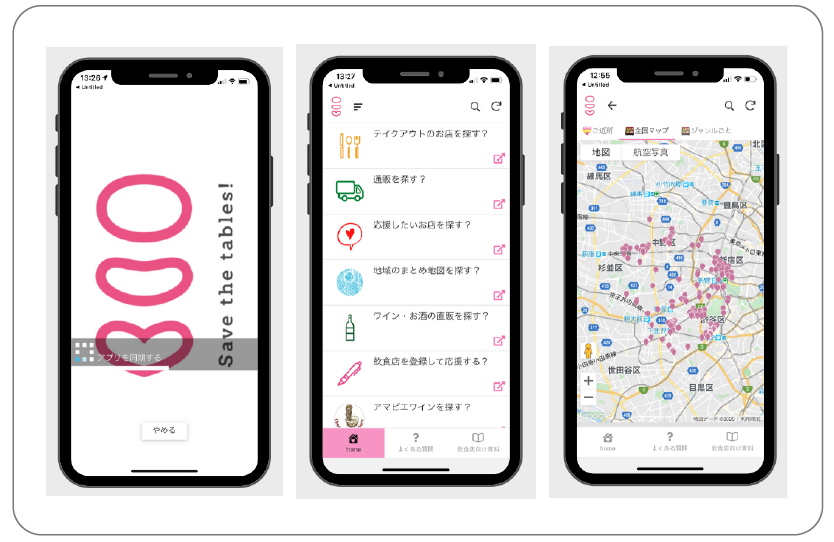 “Save the Tables” is a web app with a wish to protect Japanese dining table (for restaurants, dining, etc).
Their goal is to offer information infrastructure to support Japanese dining via take-out, delivery, etc.
If you register via the form bellow, your shop & event information and website link will be posted. Take-out and delivery information, as well as your guidelines correspondence for safe eating-in can also be displayed. 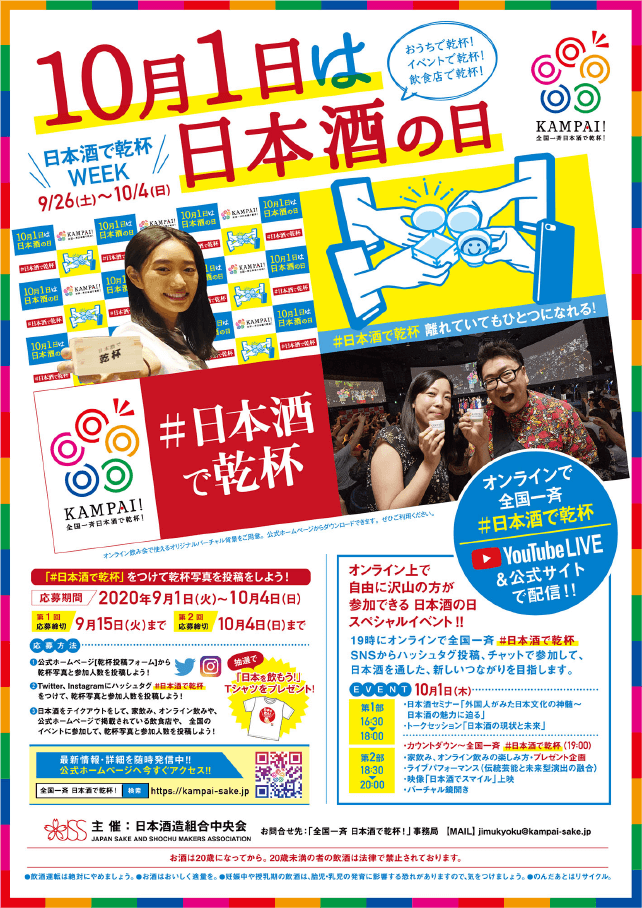 Kampai with Sake Across Japan! 2020
Download the official flyers below. (A4 size)

Adobe Reader is necessary for browsing PDF file.
You can click the link below to install the latest version of Adobe Reader. 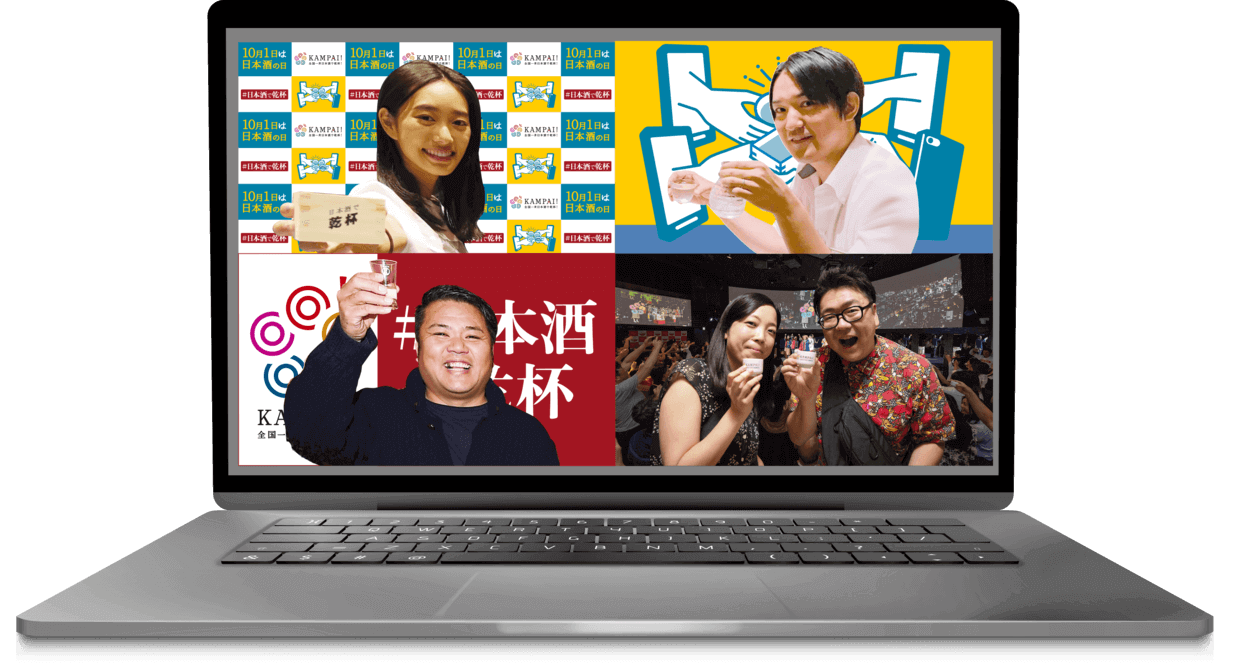 Buy a bottle of sake and support the sake brewery!

Having a special sake on hand can make your “online drinking party” at home even more enjoyable. In 2020, the coronavirus crisis severely damaged breweries, restaurants, and liquor shops around the country. However, you can buy a bottle of sake and support sake breweries nationwide!

Use Take-out and Delivery!

Take-out and delivery services from restaurants have been firmly established everywhere. Bring the flavors of a shop home to your table and enjoy delicious side dishes or full meals with sake! To relieve from the coronavirus crisis, restaurants are now able sell sake by weight through take-out with a temporary license! You can get your hands on a small amount of hard-to-come-by sakes. Why not make drinking at home a little more luxurious? 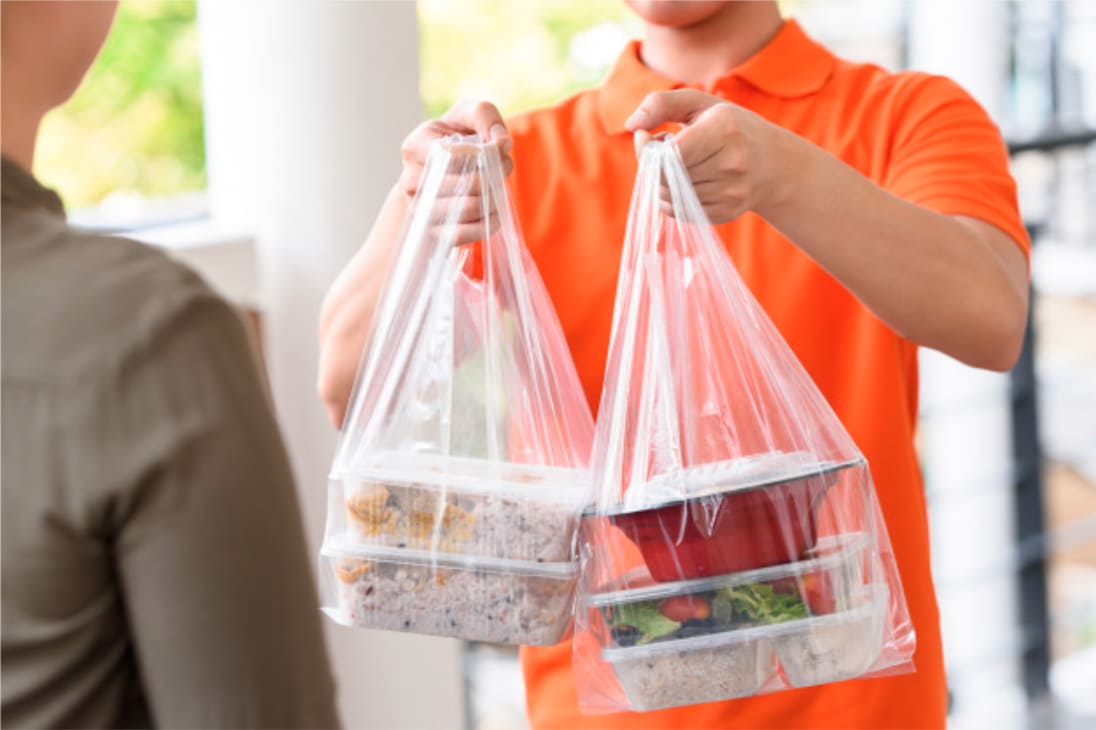 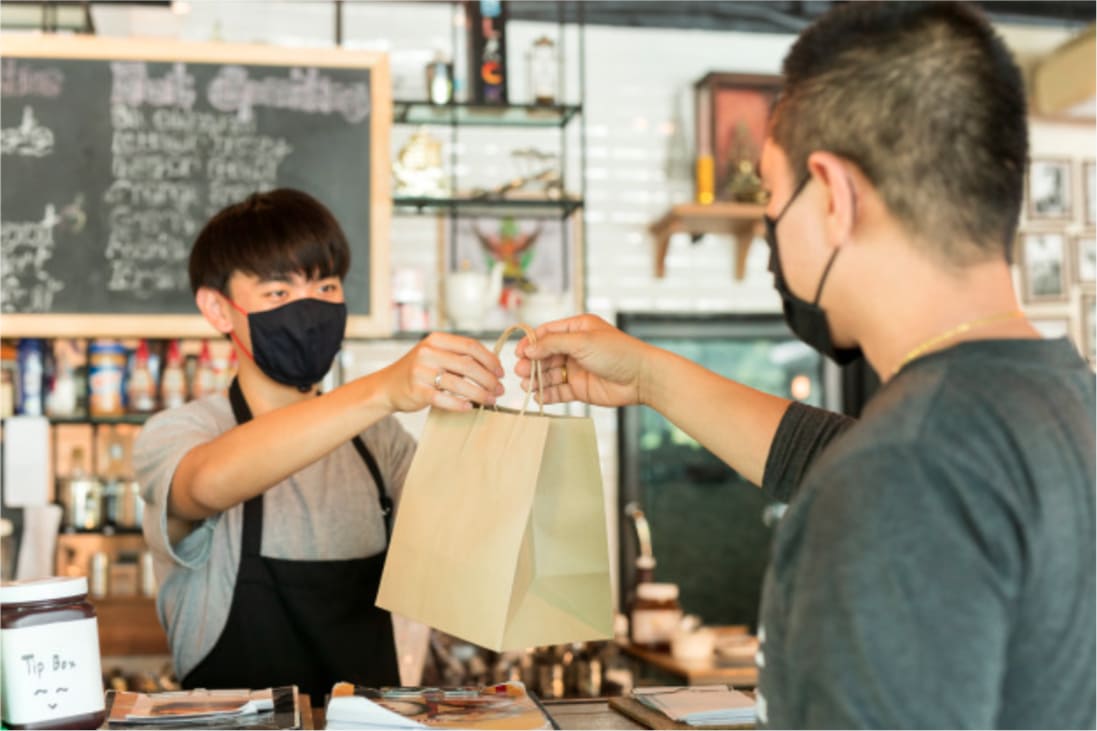 Have fun with virtual backgrounds!

”Kampai with Sake Across Japan!” has prepared our own original backgrounds. Download them from here to make your online drinking party even more unique and exciting! 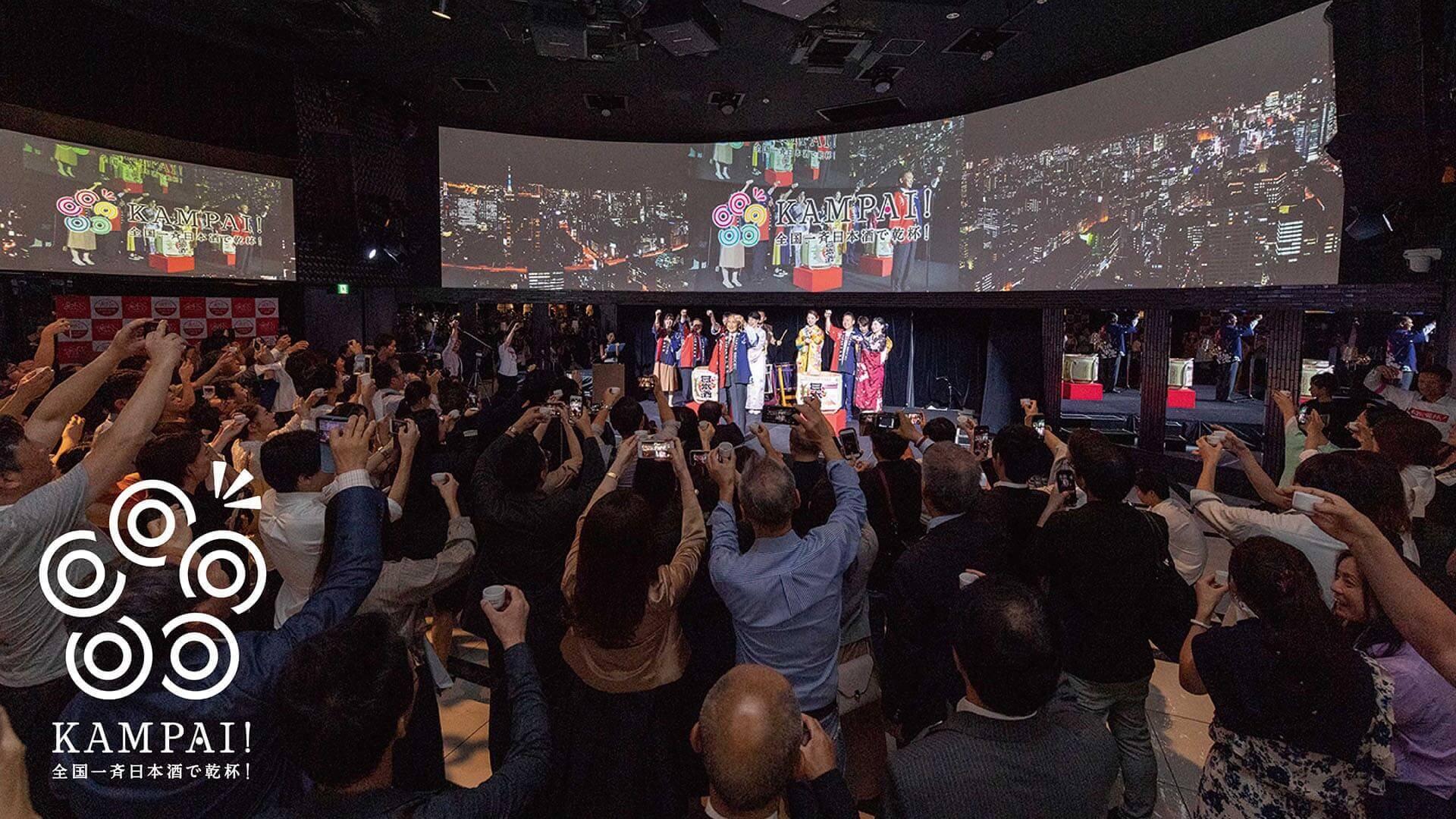 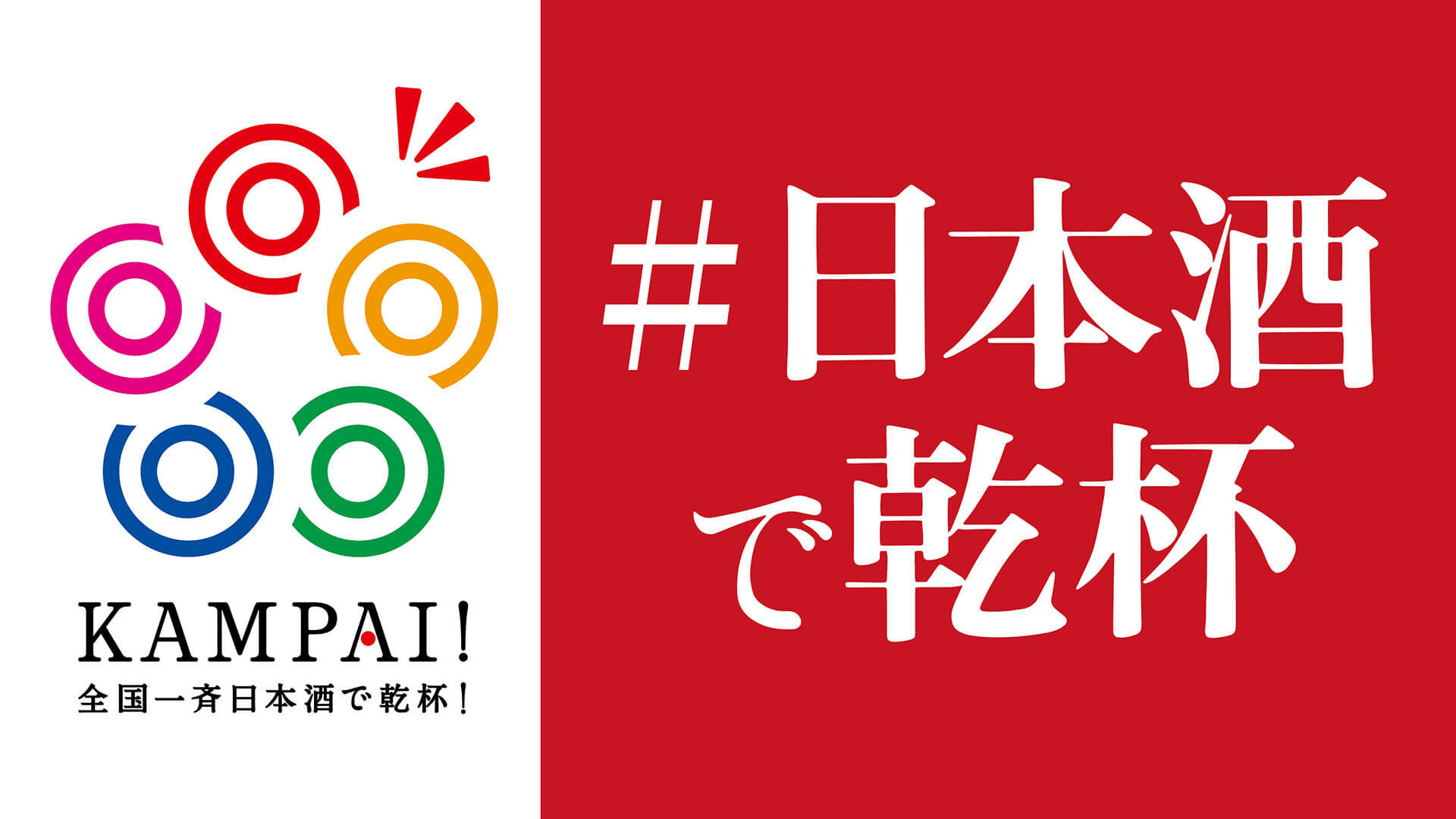 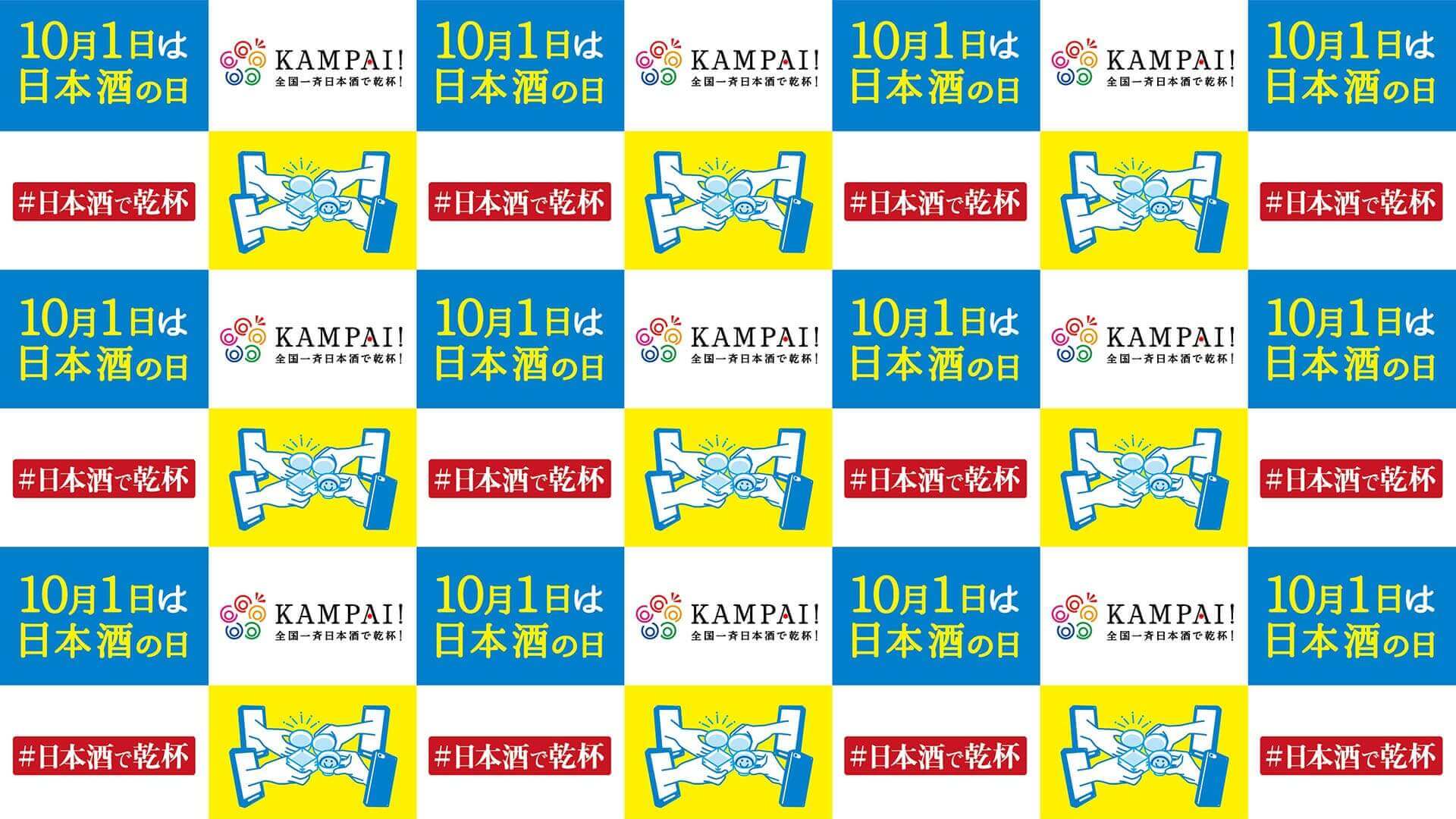 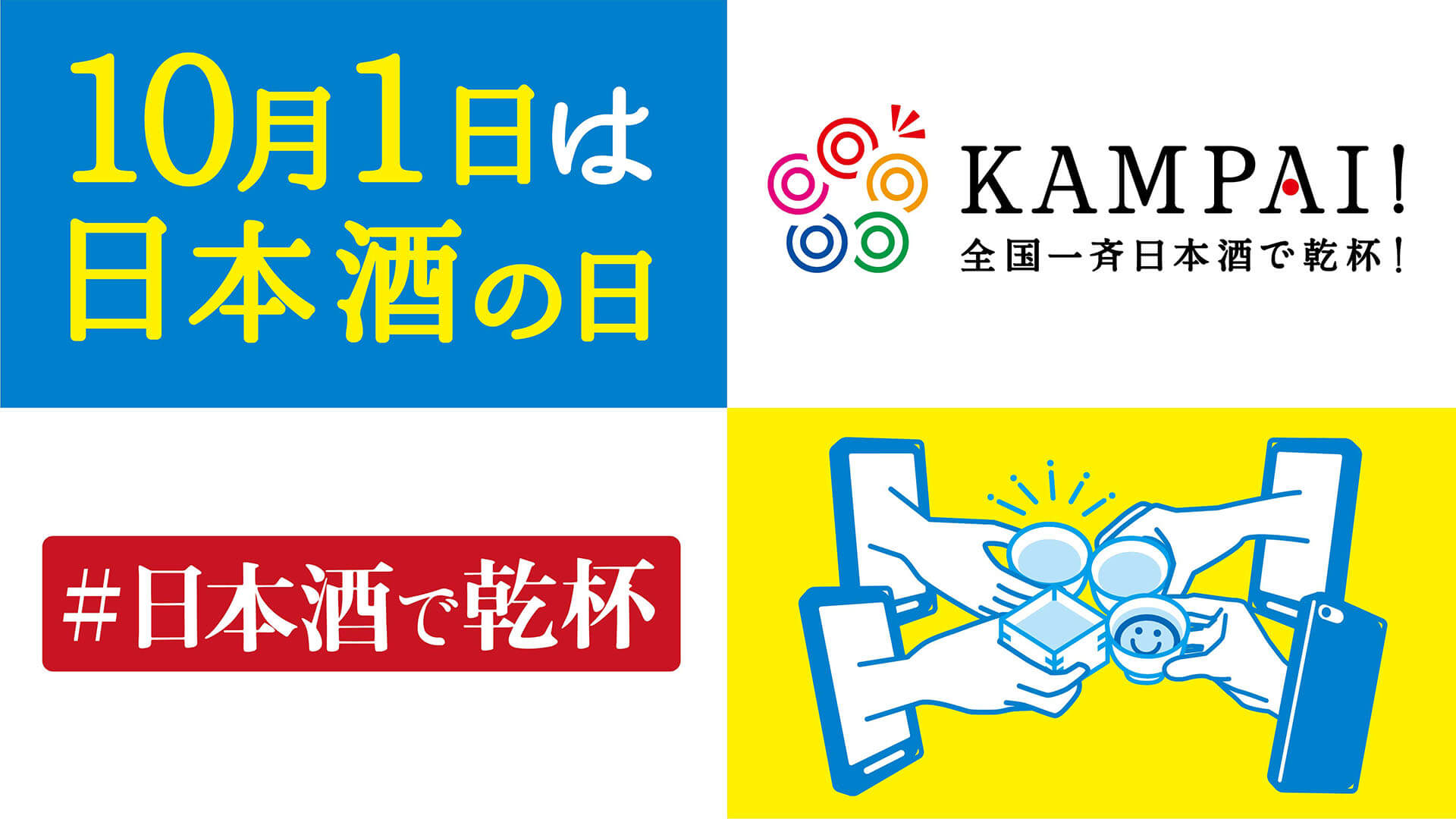 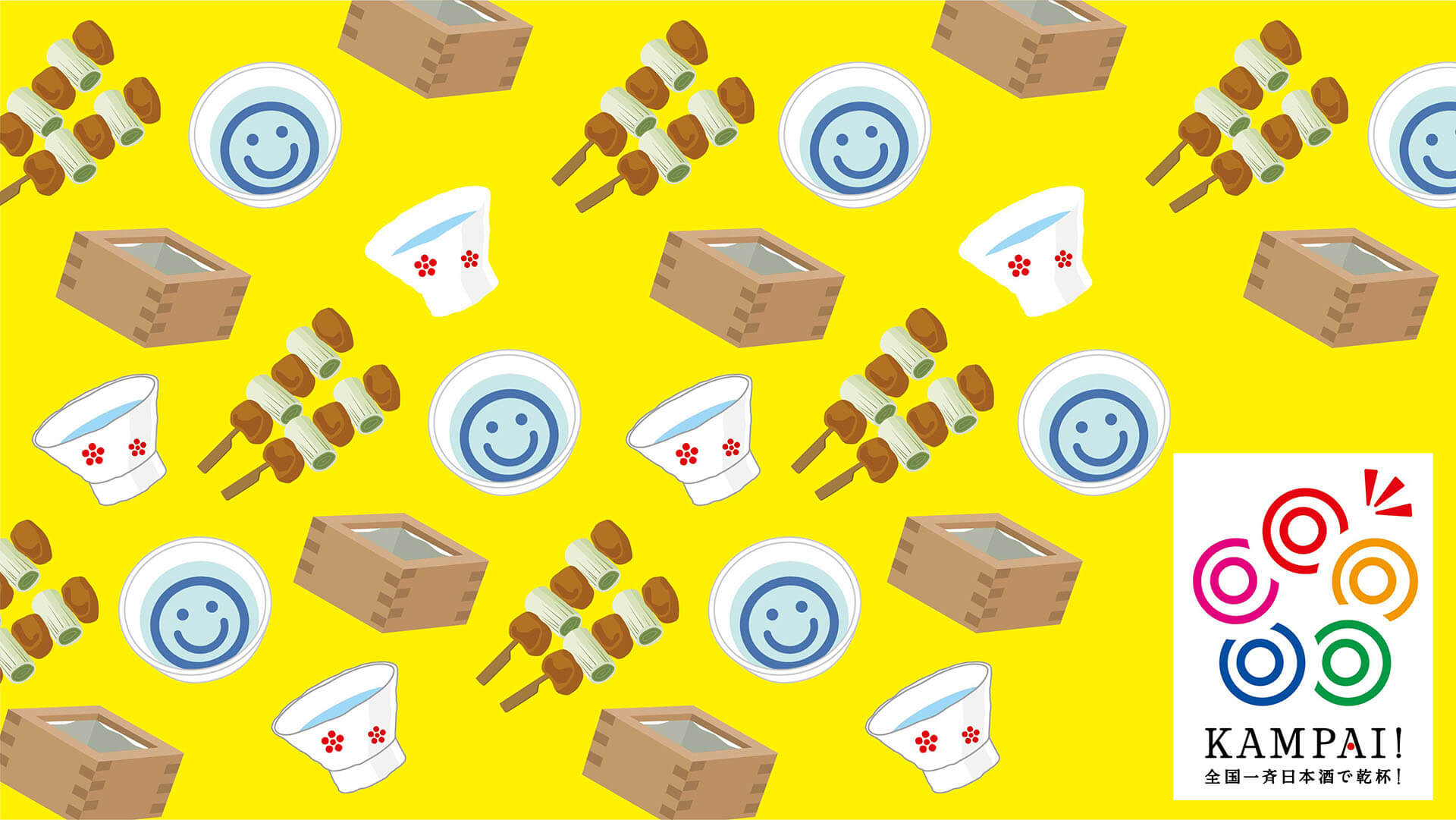 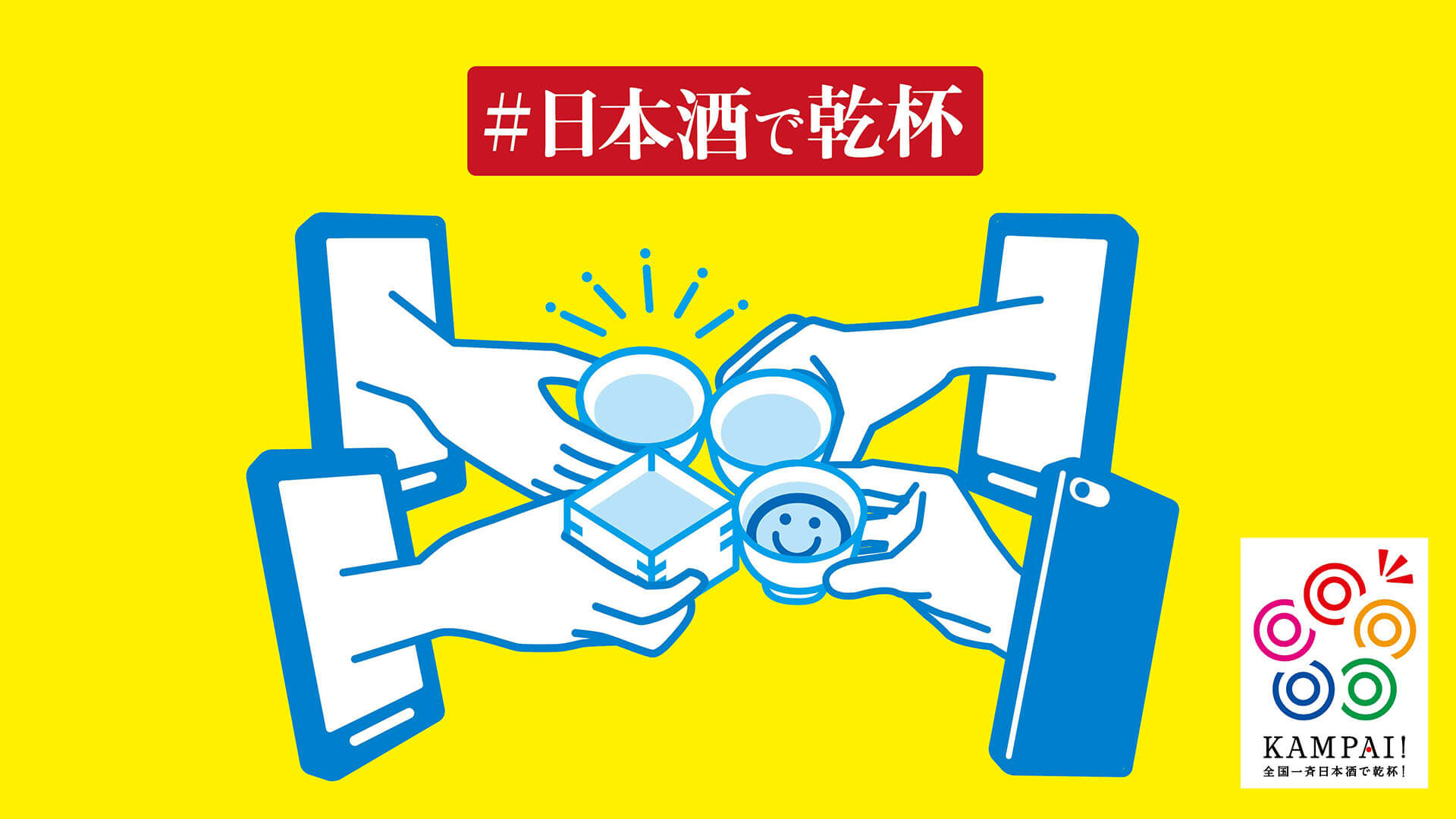 ※Please note backgrounds may not be available depending on the model and version of your device.

The culture and charm of sake from the perspective of foreigners, and how to taste it

Current status and future of sake

Kampai with Sake Across Japan! 2019

Nihonshu Dance -All Over The World- October 1st

You must be older than 20 years to drink alcohol

●Don't drink and drive. ●Good sake, good quantity, not too much.
●Pregnant women and nursing mothers should refrain from drinking too much.
●Recycle used bottles.